This is because, when dealing with the deceased, a forensic pathologist has as much time as they need to examine the injuries, photograph them, make sure there are scales included in the photograph and ensure that all the injuries are well documented and clearly visible. A forensic pathologist can even dissect the injuries if they believe a bruise is present, but they are not entirely sure. This can be achieved by making an incision around the injury and checking to see if there is bleeding under the skin to confirm their theories.

The Crown Prosecution Service (CPS) guidance for injury causation expert witnesses requires prosecution pathologists to provide a disclosure schedule. This is a list of materials in the possession of the pathologist whether used or unused during examination, of which may be relevant to other parties (i.e. the defence). According to a report published by the Forensic Science Regulator in their Fifth Audit of the Work of the Forensic Pathologists (2015) such an index was available, or referred to, in just 38% of the reports submitted. *

Determining which knife was used

When examining knives, it is important to consider that it is very challenging to interpret which knife may have been involved in a particular incident. The vast majority of cases that our forensic pathologists work on, both fatal and non-fatal, involve kitchen knives. A very unfortunate situation for the forensic pathologist is that most kitchen knives have a fairly standard construction. They are usually around 20 – 30cm long and around 2.5cm – 1 inch wide. So simply having a stab wound that matches a particular knife does not help to identify the knife in question. That will come down to other evidence such as DNA and blood from where the knife was recovered. Such pieces of evidence will be far more helpful in supporting a particular item having caused an injury over a forensic pathologist’s interpretation of the injuries.

With regards to stab wounds a knife may not penetrate to its full depth producing a track shorter than the blade, or it may (particularly if it hits the abdomen) compress it and produce a wound track that’s longer than the blade. It may not enter the body perpendicular or it may make an turn or twist causing the injury. That in itself will affect the appearance of the injury, so if you’re concerned about which knife was used, this is something that’s better dealt with by forensic scientists.

A forensic pathologist’s examination of injuries only comments on the ability of a weapon or injury to cause serious harm or death, as opposed to making statements regarding the intention to inflict serious harm or death. Determining the aims and objectives of individuals is a task that resides with the legal team – no matter how much scientific evidence a forensic pathologist is available to review, they will never be able to determine the intent of an individual after they have undertaken a certain act, particularly if they are deceased.

As one of our Home Office Registered Pathologists, Dr Stuart Hamilton, recalls:

“I was informed that afternoon that the evidence that would be heard in this case would be the fact that the assailant’s DNA was found on the handle of the knife, the deceased’s blood was on the blade of the knife and that it was the statement of the alleged assailant that was indeed the knife he used to stab a person. This made me feel that my evidence was somewhat less than crucial in that case.”

Forensic Access works with some of the UK’s most experienced Home Office Pathologists, as well as offering the complete range of expert witnesses for more specialist cases.

To find out more about the forensic services that we offer or to discuss a case you require an expert witness for, call us on 01235 774870 to speak with a member of our casework team or fill-in our online contact form.

*audit of the work of forensic pathologists based in the United Kingdom (publishing.service.gov.uk) 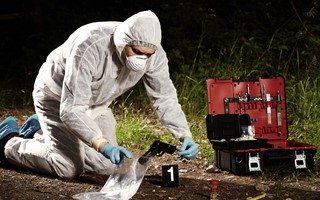 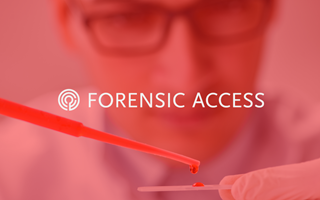 Iain McArthur has over 26 years of experience working as a forensic audio/video enhancement and transcription specialist in serious crime.…