In a recent webinar Professor Angela Gallop spoke with Alex O’Brien from the Association of British Science Writers, sharing insights, knowledge and experience, and demonstrating that even the most complex cases can be solved with Forensic Science. Here are some of the highlights:

What are some common misconceptions surrounding complex cases?

DNA is not the be-all-and-end-all of Forensic Science, it’s all anyone seems to think about. Actually, Forensic science covers an enormous range of expertise, reflecting the fact that crimes can occur in a range of different environments, and anything can become evidence. So, you need a range of experts, and connections with industry and universities to help, especially with difficult and unusual cases.

Other misconceptions include that the work can be completed by just commissioning a few tests, and needn’t take that long. Sometimes it won’t, but sometimes forensic work can take several years to complete on more complex cases. Forensic work is actually more investigative than test driven; even though the methods used are scientific ones.

There is a belief that any trained scientist can do complex forensics, though I’ve found this not to be the case as it takes a particular type of scientist to be suited to this form of work and to be able to work as part of a team. Furthermore, there is a tendency to think that there is someone to blame for past failings in a case, but people generally try their hardest at the time of the investigation and they may be working in difficult circumstances, so blame should be avoided.

What were some of the complexities you faced in the Damilola Taylor case?

Damilola was a young boy who was stabbed in the leg with a broken bottle in the stairwell of a tower block in 2000, tragically causing his death through blood loss. Five days after his death, the two Preddie brothers were arrested on suspicion of being involved in the crime but they were later released after no forensic evidence was found to implicate them.

The CPS decided to pursue a prosecution against four other individuals, but this collapsed in 2002 after unreliable evidence was presented by one young witness. There had been no forensic evidence against them either.

I and my team were eventually called in to conduct a forensic re-investigation of the case. We started by re-examining the clothes of the Preddie brothers and quickly discovered the presence of a blood stain on the back of a trainer from one of them, and on the cuff of the sweatshirt from the other. DNA analysis showed the blood to match Damilola’s, and a textile fibre stuck in some of the blood was found to match constituents of Damilola’s jumper. Further potential fibre links were ignored because of the potential risk that they might be due to contamination – the same police car had been used to convey the Preddie brothers as to transport Damilola’s clothing.

The Preddie brothers were eventually found guilty of manslaughter in 2006 and our DNA evidence clearly played an important role in this.

What did you learn from the Damilola Taylor case?

What were some of the complexities you faced in the Rachel Nickell case?

The case involved the 1992 frenzied knife attack and murder of Rachel Nickell on Wimbledon Common in front of her young son. There looked to have been some sexual motive, as her clothing had been pulled aside to expose intimate parts of her body.

Colin Stagg had been charged with her murder in 1993, but was later acquitted after it emerged that an undercover policewoman had been trying to unfairly illicit an admission of guilt. Police continued to believe Stagg was responsible.

Reflecting an apparent sexual motive for the murder, a sample taken from an intimate part of Rachel’s body had originally been tested for any potential offender (male) DNA. The results aroused our suspicions as, regardless of any ‘foreign’ DNA, none of Rachel’s had been picked up either. There was clearly something wrong with the original technique. When we re-tested the sample we found both Rachel’s, and traces of male DNA – ie. just what the original scientists had been looking for.

Then by developing a new, more sensitive technique involving purifying and concentrating the DNA prior to analysis, and combining this with other DNA techniques, we managed to extract enough information to suggest that the male DNA could have come from the convicted serial rapist and murderer- Robert Napper. Aspects of the offender’s MO were also similar to Napper’s other crimes.

Additional supporting trace evidence we managed to uncover included red paint flakes found in Rachel’s son’s hair which matched the painted toolbox Napper kept with him in Broadmoor psychiatric prison, thought to have carried some of his offending gear. And we were able to show through experimentation that a shoe print left behind in muddy soil at the crime scene could have been made by one of Napper’s shoes despite the fact that it was slightly smaller than the shoe sole.

Faced with this evidence, Napper pleaded guilty and was convicted, and Stagg was awarded £706k in compensation for the trauma he had been put through.

What did you learn from the Rachel Nickell case?

What were some of the complexities in the Stephen Lawrence case?

The Stephen Lawrence case is the most well-known UK criminal case in recent times, and involved the stabbing to death of Stephen Lawrence, a black teenager, by a gang of white youths in 1993. The suspects were arrested two weeks later but the Crown Prosecution Service (CPS) lacked the evidence to take them to court. A subsequent attempt in 1996 by Stephen’s family to prosecute them privately failed.

The case triggered several inspections and reports, including the IPCC inquiry by the Kent police and the infamous ‘McPherson’ public inquiry which concluded, amongst other things, that the Metropolitan police were ‘institutionally racist’.

The investigation continued in the background. In 2004 the CPS again decided they did not have enough of a case for prosecution but it was thought inevitable that vital evidence in this case and/or others might still be secured and in preparation for this, in 2005 the double jeopardy rule (where individuals could not be tried for the same crime twice) was scrapped.

In this case, and taking our cue from the crime scene, we first looked for paint that could have been transferred from a length of scaffold pole with which it was thought Stephen might have received an initial blow. We didn’t find any, but this led us to conduct a broader search than had hitherto been attempted for textile fibres which could have been transferred between Stephen and his attackers. This led us to finding fibres of no fewer than four different types to link Stephen’s clothing with that from two of the suspects – Gary Dobson and David Norris.

In the search for more such fibres, we decided to scour the packaging that the suspects’ clothing had been kept in and in doing so, we unearthed a tiny flake of blood with two fibres of yet another matching type encased in it. This brought the matching textile fibres up to five types, with DNA analysis confirming the blood was Lawrence’s.

Not wanting to leave any loose ends, we then returned to the jacket to see if we could find the source of the blood flake. Scanning the whole garment with a microscope revealed the tiny stain inside the back of the neck from which the flake had come.  During the course of our investigation we also found at least one hair on Norris’s clothes that matched Stephen’s hair.

What did you learn from the Stephen Lawrence Case?

To find out more about the range of services offered by Forensic Access and how we can help you, please visit our Forensic Services page. You can contact us by either filling in our contact form or by Tel: 01235 774870 to speak with a member of our casework team. 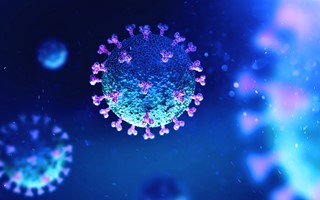 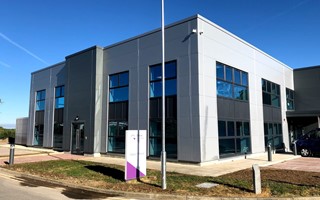 We are on the Move!

Forensic Access has seen considerable growth in the last year as we have developed new services, expanded our existing ones…