In a recent edition of The Barrister Magazine Professor Angela Gallop explores the importance of patterns in Forensics. In the article Professor Gallop examines how patterns in evidence can provide insight into the nature and context of a crime, potential connections to other offences, and the credibility of a suspect’s chain of events.

Patterns can change the face of forensics but are often overlooked. Patterns can tell you if a crime is likely to be part of a series carried out by the same criminal or illuminate an aspect or sequence of events at a crime scene. Similarly they can be incredibly useful suggesting places to look for evidence or to look for more evidence of a particular kind.

However, patterns can also be used in much more subtle ways. For example, they can highlight the potential importance of something that may hitherto have been overlooked, or suggest that something might be amiss with the ‘evidence’, such as contamination or even deliberate planting.

The Importance of Patterns in Marks and Traces

At one end of the scale, patterns can tell you whether a mark found at a scene of crime was made by a finger, a shoe, a tool or a tyre. In some cases patterns can also tell you whether the mark was made by a particular finger, shoe, tool or tyre. However, examining several similar marks in combination can also tell you something about the nature of the activity that created them.

For example, fingerprint marks discovered near a window at the scene of a crime might indicate whether someone had climbed in through it or out of it. Or marks made by a tool used to gain entry into one house might match those found on other houses that have been broken into in the same area.

Patterns can also provide information about how certain types of damage were likely to have been caused. Re-assembling fragments of glass from a broken window can indicate whether it was smashed from the outside or the inside of the building.

Assessing damage patterns on assault victim’s clothing can be even more telling, indicating whether the damage was caused by an assailant or, as sometimes occurs, self-inflicted by the alleged victim to bolster their case.

An illustrative example of the importance of patterns with fibres involved the double murder of brother and sister, Richard and Helen Thomas, who were shot at close range in their home in Scoveston in Wales in 1985, and then their house set on fire. This was one of two double murders and a multiple sex assault at gunpoint for which John Cooper was convicted in 2011.

The Thomas’s clothing was badly damaged by fire, but we were able to find two different types of polyester fibres (one sandy blue, and the other dark blue) on both the surface of one of Richard’s socks and inside the pockets of a pair of shorts from Cooper’s home address. We were also able to establish that the shorts had been worn by Cooper. There were significantly more of the fibres on the shorts than on the sock, perhaps suggesting that they had come from something associated with John Cooper as opposed to Richard Thomas, although no specific source had been identified.

The Importance Patterns in Blood and DNA

Patterns in blood covering the general nature of the staining as well as individual elements (such as spots and splashes, smears and fabric or other impressions) can usually tell you what happened at the scene of a violent crime.

Gaps in blood patterns can be important too, sometimes providing useful information by indicating where something had blocked the path of blood spray, and what the approximate size and shape of that object might have been.

Combined with DNA profiling, blood patterns on clothing and footwear can be an indication of whether the wearer was likely to have been actively involved in the assault, was ‘just’ a passive bystander, or was someone who came to the aid of the bleeding victim after the attack. Similarly a blood-stained weapon found nearby or at the home of a suspect can tell you whether it was likely to have been the weapon used in the attack.

One example of a case where a bloodstain pattern analysis prompted an innovative search for a blood link involved the murder of a young woman, Lynette White, in Cardiff in 1988. Lynette had been subjected to a particularly violent and sustained attack, which left her with more than 50 stab wounds and a slashed throat and wrists. Three men, later to become known as The Cardiff Three, were convicted of the crime, before being acquitted two years later when it became clear that their confessions had been forced out of them. There had been no forensic evidence against them.

Blood grouping tests performed during the original investigation demonstrated the presence of ‘foreign’ blood at the scene, i.e. blood that could not have come from Lynette herself. The possibility that this had come from the offender formed a core part of our re-investigation. But, first of all, we had to find some more of it. Unfortunately what blood there was had been almost completely used up in attempts over the years to get a DNA profile from it. The first step was to understand the pattern of blood at the crime scene, and where, in amongst all the blood that had clearly come from Lynette, any from the offender might be.

Included in items we asked to examine were a length of skirting board and the front door from the premises, which had been painted twice since the murder. But underneath the paint, and on other items which had been passed over originally, we found what we were looking for. And it wasn’t long before we had demonstrated ‘foreign’ blood on and around Lynette’s body and in several places on the exit route out of the flat. Just where you’d expect to find it if it had come from Lynette’s attacker. There was no match for this on the National DNA Database. But in one of the first familial searches of the Database, we managed to identify Jeffrey Gafoor through a nephew who hadn’t even been born at the time of the attack. In 2003, Gafoor was convicted, largely as the result of understanding the blood pattern at the scene.

As I say, sometimes more subtle patterns can reveal connections which require more investigation, or provide evidence of a link on their own. For example, there may be a number of unidentified fingerprints at a crime scene. While these might not attract much attention in themselves, if they have been made by the same person, and their location and orientation potentially suggests an active involvement in the crime, then it might be considered worth putting in more effort to discover who they had come from.

The same recurring theme applies to certain components in partial or mixed DNA profiles or collections of physical traces such as textile fibres. Indeed, even when a potential source for sets of textile fibres cannot be established, if they are found on items from more than one location, they can nevertheless provide evidence of a connection between them.

The Importance of Missing Patterns

Alternatively, patterns may highlight gaps in otherwise apparently strong evidence which indicate that the explanation for it may not be as simple as previously thought.

One example of a case that involved the mistaken reliance on apparently strong evidence revolved around fibres that could have come from a pair of gloves. Eighty-four-year-old Ivy Batten died in her home in Devon in 1987 after being struck several times on the head with a hammer. Some woollen fibres on the broken glass of the window that had apparently been smashed to gain access to Ivy’s house were found to match a pair of woollen gloves that were discovered, together with a blood-stained hammer, in a field nearby. When similar fibres were also discovered inside just one of the pockets of a coat worn by the suspect Brian Parsons and in the glove compartment (but nowhere else in his car) he was convicted of the murder and sentenced to life in prison.

A decade later, Forensic Access became involved in the case when Brian Parsons appealed against his conviction. Although his appeal was turned down, I have always had doubts about the pattern of the evidence linking him with the gloves, based on the unusually limited and specific areas in which the matching fibres were found. And according to what I understand to have been similar comments, although for different reasons, from reviewing police officers and lawyers, apparently I’m not alone.

These are just a few examples, but they illustrate why patterns in forensics are so important in helping both investigators to find evidence and provide a fuller picture for the court to consider, and defence lawyers to challenge it in an attempt to prevent a miscarriage of justice. And how sometimes it is the most subtle of latent or hidden patterns that are important, not just the really obvious ones.

To find out more about how Forensic Access’ team of world-class scientists can help your defence strategy, please visit our services page or Tel: 01235 774870.

Angela Gallop has been a practising forensic scientist for over 40 years. She is known equally for setting up and running forensic science consultancy for legal defence teams, and full scale forensic laboratories for police, including personally leading the scientific teams who helped to solve many of the UK’s most complex and high profile criminal cases.

Angela Gallop is currently writing a second book ‘How to Solve a Crime: an A-Z of Forensic Science’ due to be published later this year.

In the final instalment of Lynda La Plante’s Listening to the Dead podcast series, Forensic Access’ Group Chair and one… 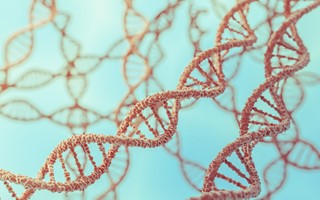