The hour-long session discusses forensic evidence used in the Criminal Justice System and why it might be pertinent to challenge the findings in a case. Angela mentions the modern-day challenges facing forensic science (e.g. usage of streamlined forensic reports also known as SFRs, fragmentation and budget cuts) before using a series of case examples to illustrate the importance of challenging forensic evidence presented by the prosecution. These touch on some of the issues that Angela is well known nationally for raising awareness of. We introduced this work in this article, for those of you who are new to Angela Gallop's work.

Through various case examples, Angela explains how evidence can tell an intricate story. By allowing the forensic evidence to unfold and lay out its story, a different string of events than presented in the prosecution’s case can be uncovered. By weaving the circumstances and context of a case into this story its possible to see where the prosecution case may have taken unnecessary leaps of logic which mis-tell this chain of events.

Often prosecution forensic scientists have to interpret the evidence whilst unaware of the circumstances of a case. This may be down to the information not being available so early in an investigation or because the defendant has answered ‘no comment’ in all interviews. This context is vitally important and without it can provide a faulty interpretation, or an interpretation that is overly simplified and devoid of the complexity of the evidence processed.

In reviewing evidence, when interpreted against the background of the client’s defence statement this complexity often allows the evidence to ‘fit where it touches’. That is to say that if the evidence doesn’t fit exactly it’s usually a sign something is wrong. The scientist is then able to see patterns which, when elements are missing, can either suggest that there’s a gap in the evidence or that the prosecution’s case doesn’t fit to the scientific findings.

During the webinar Angela uses case examples to illustrate faulty science, insufficient testing, irregular processes, and the issues surrounding exhibit continuity and integrity which may have direct implications on the cases you are currently handling.

You’ll also hear how the body of a man was found 18 months after death encased in concrete inside a fridge, and how blood pattern analysis helped the case.

The LAW2020 Online event, sponsored by Forensic Access, runs from 23rd June to 22nd July. Forensic Access Customers and newsletter subscribers can receive £50 discount on this event. Send an email to info@forensic-access.co.uk to sign up and receive your discount code.

To find out more about our Crime Scene Examination services offered by Forensic Access fill-in our online contact form or Tel: 01235 774870 to speak with our team.

Forensic DNA Profiling is largely considered as the gold standard in the criminal justice system, being both highly discriminatory and… 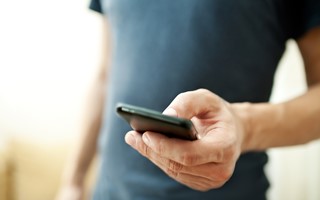