Scientists at Forensic Access have a longstanding history and enviable reputation for solving some of the UK’s highest-profile cold cases. By using innovative approaches involving looking for less obvious evidence, and in some of the less obvious places, we have redefined scientific investigation which has led to breakthroughs in crimes that would have otherwise remained unsolved.

Reflecting this, we have recently featured in Expert Witness, the BBC’s new true crime series which explores the role of scientists in forensic investigations. Episode 4: Fibre Trails and Diamonds delved into Group Chair of AFA International Ltd Professor Angela Gallop and her team’s involvement with the Pembrokeshire Murder re-investigations.

In 2006 a team of police officers and scientists were tasked with reinvestigating three shocking cold cases that had all occurred in Pembrokeshire, South Wales. With very few leads and mounting pressure to solve the crimes, they had to rethink their entire approach.

“DNA is not a bad place to start, it just doesn’t always work. Sometimes you have to go via something else,” Professor Gallop said.

Detective Superintendent Steve Wilkins of the Dyfed Powys police force decided to try to reopen the investigations into the murders of brother and sister Richard and Helen Thomas and Oxfordshire couple Peter and Gwenda Dixon. The Thomas siblings had been brutally killed with a shotgun in 1985 in Scoveston Park, Milford Haven. Just four years later, Peter and Gwenda Dixon were murdered in the same way while walking along the Coastal Path in Pembrokeshire.

Supt. Wilkins suspected that an attack on five young people that occurred in 1996 in Milford Haven could also potentially be connected with these crimes. The five youngsters had been out enjoying themselves one evening when they were confronted by a masked man with a double-barrelled shotgun who robbed them and assaulted two of the girls.

The investigation was code-named Operation Ottawa, and its objective was to bring long-awaited justice to the victims and their families, while also providing security and closure for the close-knit rural community. Supt. Wilkins believed that the close proximity and the similar nature of the crimes (modus operandi) was too important to ignore.

“The geography was a significant factor in linking the offences. Certain offenders have what we call anchor points – they feel safe in areas where they know the escape routes and they know how to get to the area. Because of this they feel comfortable offending in a particular geography, so for me this was a local person.” Supt. Wilkins said.

One of the potential suspects he had in mind was John Cooper, a local man who had carried out a string of burglaries in the area and had served time in prison for an armed robbery.

Cooper’s home had been thoroughly searched as part of the investigations into the burglaries and the robbery, and a number of items were removed from both inside and outside his home. Other items, including jewellery and gloves, had been recovered from hedgerows in the local area.

As a result, Supt. Wilkins had access to a large number of exhibits relating to John Cooper. If he was right about Cooper, these exhibits had the potential to link all three of the cold cases, and forensic science could be the key to this.

This was the critical moment in the investigation when Supt. Wilkins enlisted the expertise of Professor Angela Gallop and her team. He was only able to offer limited resources, so the initial focus was on DNA evidence which, since its introduction into forensic science in the mid-1980s, had been enjoying rising success.

“In the late eighties to early nineties you needed a large amount of blood to conduct your analysis, something roughly the size of a ten pence piece.

“But nowadays you don’t even need to be able to see the blood or the body fluid to get a result.” Professor Gallop said.

However, fourteen months into the investigation, Professor Gallop’s team had still found no evidentially-significant DNA and she and her team wanted to take an entirely fresh approach. She risked her reputation on adopting a new line of inquiry in the investigation: fibre analysis. Now, she needed the help of the best fibre expert in the business and turned to expert witness Roger Robson – who at that time was Managing Director of Forensic Access.

Roger began with the Coastal Path murders in which Peter and Gwenda Dixon were killed. He asked for access to the exhibits recovered in the original investigation in 1989, looking for anything that might offer the chance of recovering fibres.

“Supt. Wilkins’ team came up with a list and on that list were quite a number of branches that had been used to conceal Gwenda Dixon’s body.” Roger said.

The killer had broken the branches and Roger thought it possible that the bark could have snagged fibres from his clothes. He began his forensic analysis.

“There were these populations of dark blue acrylic fibres that we were finding repeatedly on the different branches. This indicated that the perpetrator was wearing gloves. We then turned our attention to whether any gloves had been recovered from the suspect’s house or surrounding areas.

“We collected an exhibit containing eleven different pairs of gloves. One by one I eliminated them until I came up with one exhibit – exhibit number BB109. That exhibit number will probably stick with me forever.”

“When I looked at this glove I found that the constituent fibres were a close match to the population of the fibres on the branches. But it was that one glove, BB109, that opened up the whole investigation.” Roger said. The fact that the killer had been wearing gloves of course explained at least some of the lack of success with DNA.

The fibres linked John Cooper and this glove to the Coastal Path killings of Peter and Gwenda Dixon in 1989. Now, Roger needed to look for similar fibres connected to the other crimes. He turned first to the assault of the youngsters at Milford Haven in 1996.

“I looked at the fibres on the victims of the assault cases from Milford Haven knowing that if they came out the same they were most likely to have originated from the same source.

“Lo and behold, next thing we found a match. That was quite mind-blowing to be honest!” Roger said.

This involved a second pair of gloves and was concrete evidence of John Cooper’s involvement, and the discovery was a landmark moment in the case. It was now clear that the person wearing those particular gloves had come into contact with the victims. For the first time the team had forensic evidence to link two of the three cases, and another breakthrough was on the way.

“We were microscopically searching through surface debris recovered from a pair of shorts recovered from John Cooper’s home. From this we managed to find not only fibres, but also a tiny flake of what looked like blood.” Professor Gallop said.

Despite only a tiny speck of blood being discovered, this was enough for Forensic Biologist Dr. Philip Avenell to begin a search for DNA.

Using a microscope, Dr. Avenell began to examine the exhibit and on the back of one leg found a very weak, dilute red stain which had the appearance of blood. Using the Kastle-Myer test, Dr. Avenell ran a DNA test on the speck of blood.

“We cut it out and put it in for DNA testing, which came back matching Peter Dixon. The probability for that particular DNA result having come from anyone else was less than one in a billion,” Dr. Avenell said.

“The shorts suddenly became a treasure trove in relation to forensic science.

“We already had connections to the murders of the Dixons and of course we were on a roll with forensic hits in relation to fibre evidence,” Supt. Wilkins said.

Roger Robson studied the fibres and compared them to exhibits from all three crimes. He discovered there were also fibre matches with a sock worn by Richard Thomas – the farmer who, along with his sister, Helen, was fatally shot in December 1985.

“What we found was a small population of polyester fibres. The suspect probably moved Richard Thomas by the feet and then afterwards put his hands in the pockets of the shorts.” Roger said.

That evidence stayed within the shorts the entire time, just waiting to be discovered. Professor Gallop’s promise to open up the case using fibre evidence was finally paying off.

“The links started coming in in a way that absolutely staggered us. They were linking the victims with the hedgerow items and with John Cooper’s house directly. It was a myriad of textile fibre links.” Professor Gallop said.

Evidence was now mounting against John Cooper, however the team remained convinced it didn’t stop there. Police were in possession of a shotgun used by Cooper in an armed robbery, the youngsters assaulted in Milford Haven having said their attacker also carried a shotgun.

“One of the two victims that were attacked in the field near Milford Haven described the fact that the gun had been painted black.

“When we started looking at it in earnest we took it out of its bag, and we noticed in the bottom of the bag that quite a lot of the black paint had started to flake off the gun. We decided to look into those flakes.

“It was when our brilliant Forensic Examiner April Robson started looking at the flakes from the bottom of the bag and she popped them under the low-powered microscope that she noticed there was a reddish cast to the inner surface of some of them. In other words, the surface that would have been in contact with the gun barrels.

“She tested it immediately for blood and it gave us a positive result. We conducted DNA profiling on it and it showed that the blood was very likely to have derived from Peter Dixon. We then went back to the gun and found some more blood on the gun itself. That was also Peter Dixon’s.” Professor Gallop said.

It was the final piece of the jigsaw to show that all three crimes were inextricably linked, and that John Cooper was responsible for them all.

In 2011, five years after Supt. Wilkins launched Operation Ottawa, John Cooper was convicted of the 1985 murders of Richard and Helen Thomas, the 1989 murders of Peter and Gwenda Dixon and the 1996 assault at gunpoint of the youngsters in Milford Haven.

Professor Angela Gallop and the team are currently working on a number of high-profile cold case investigations. To find out more about the cold case services offered by Forensic Access visit: Cold Case Reviews or Tel: 01235 774870 to speak with a member of our team. 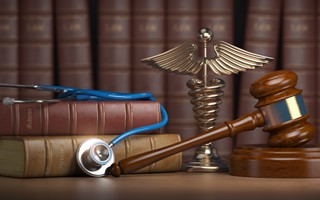 Caution with Injury Causation: Is the Injury Truly Consistent with the Mechanism?

“An expert’s report must contain a statement that the expert understands an expert’s duty to the court, and has complied…

The Regulator’s annual report was published in March 2019 and provides a good overview of the forensic marketplace. You can…