Fingerprint evidence is one of the oldest forensic disciplines and continues to be one of the key biometric identification tools used in criminal investigations. It has two fundamental requirements: marks must be recoverable from items or locations, and identifications made between marks must be reliable and able to withstand scrutiny from both a prosecution and defence perspective.

We’re often asked about the range of services that our fingerprint expert witnesses can offer and here we’ve answered our most frequently asked questions, whilst also crushing some of the common misconceptions around fingerprint identification technology.

What is a fingerprint and how is it left on a surface?

If people were to look at the skin on their fingers, palms and feet, they would notice the skin on that part of the body is different from other parts. This is because it’s made up of friction ridges. These ridges are not continuous, and a ridge can suddenly end or branch into two ridges. These points are referred to as ridge characteristics which are used to establish identification. Along the edges of these ridges there are minute skin pores that emit sweat. When you touch a surface, an impression in sweat is left on that surface, which can then be recovered.

For court purposes, how many ridges do you need to see on a fingerprint?

In the late 1990s, experts decided that that the number of sixteen points was picked out of the air. There was no scientific basis for wanting or requiring that number of characteristics. In 2001 England and Wales developed a system referred to as the non-numeric standard, which allowed for utilising all of the available detail present. This means that when a practitioner is analysing and comparing two impressions, once they have found a sufficient amount of such detail in agreement based on their knowledge and experience, the outcome reached is “identified.” They do not need to state how many characteristics have been found, although they should be able to illustrate and explain to the court the ridge details on which their conclusion is based.

When was this individual way of identifying people from their fingerprints first discovered?

The identification process started in India when two people, Sir William Herschel and Sir Edward Henry, were working as civil servants. Herschel used the standard for fingerprinting identification for administrative purposes. He used to make people sign their contracts, mainly consisting of pension documents, to ensure their money couldn’t be taken away from them. In this respect Herschel recognised the importance of fingerprints for identification, but not in the context of identifying criminals.

The first criminal records in India were set up in the late 1800s. Sir Edward Henry, who was also an inspector general with the police in India, maintained that his colleague’s identification system could be used to identify criminals.

The Henry Classification System was later developed by Hem Chandra Bose, Qazi Azizul Haque and Sir Edward Henry. It was subsequently adopted in England and Wales after initially being developed at New Scotland Yard. In those days, the fingerprint forms of all convicted criminals were submitted to the national collection also held at New Scotland Yard. They quickly developed a large collection, creating a coding system that enabled you to search fingerprints in a relatively small area of the database. The Henry Classification System was adopted throughout British India and England by 1902.

When was the first time this evidence was put forward in a trial in England?

In 1902, soon after Sir Edward Henry started his system, there was a burglary in London whereby fingerprints were taken from the crime scene and a man called Henry Jackson became a suspect. He was quickly identified by New Scotland Yard as the perpetrator after his fingerprints were recovered from the scene.

Three years later in London, the Stratton brothers were accused of assaulting and violently murdering two people in an office. One of the brothers left his fingerprints on a cashbox and was subsequently identified, with the fingerprint evidence helping to ensure the conviction was secure. Both men were eventually sentenced to death in Bedfordshire prison.

How long can a fingerprint impression remain on a surface?

Once deposited on a surface (which can be either porous or non-porous) in theory fingerprints can last forever. The durability of fingerprints depends on the environment that they are in. If outside and open to the elements, fingerprints can be washed off quite quickly. It largely depends on whether the article that the fingerprint is on has been washed or subject to other environmental factors that could have destroyed it. One of the main weaknesses of fingerprints is that it is scientifically impossible to age them – you cannot identify when and how they were left.

Does fingerprint testing still have a place in crime detection?

Fingerprints are still picked up by the police in a large percentage of cases because they are a cost-effective way of solving crimes. This is because crime scene marks in an investigation are submitted to a fingerprint bureau by Crime Scene Investigators (CSIs) or by a fingerprint enhancement laboratory once they have been developed on recovered items. A fingerprint officer in the bureau can then search the crime scene marks against the national database of finger/palm print forms on a system referred to as NAFIS/Ident1 (national fingerprint identification system).

A common misconception about this tool is that it identifies people… it doesn’t. Instead, it is a remarkably efficient searching tool. The ridge characteristics appearing in a crime scene mark are encoded by a fingerprint officer, and submitted for search against the finger/palm print database.

It is important to note that a finger or palm print identified at a crime scene to a specific person does not automatically mean that they were involved in that offence. For example, a finger or palm print could have been deposited legitimately on a previous occasion if the person had access to the scene or to items recovered.

Although extremely rare, there have been cases of incorrect identifications. The most well documented incident was the “Madrid train bomb” case. A mark was searched against a computer database by the FBI and incorrectly identified. The true donor of the mark was subsequently found and identified. This lead to an inquiry by the Officer of the Inspector General in Washington DC and the report is available at https://oig.justice.gov/sites/default/files/archive/special/s0601/final.pdf

The casework team at Forensic Access are happy to assist you with your defence case with the help of a fingerprint expert witness. If you are a legal professional seeking an expert witness, please contact us on science@forensic-access.co.uk or call us on 01235 774870 and our casework team will talk you through the process. 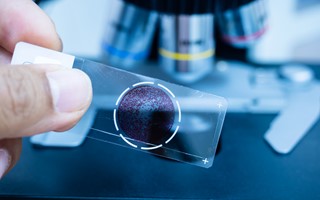 Here’s an introduction and interview with one of our Forensic Pathologists, Dr Stuart Hamilton, who you might know from TV…

DNA Evidence as an Investigative Tool: The Nigerian Murder Case