Forensic DNA Profiling is largely considered as the gold standard in the criminal justice system, being both highly discriminatory and extremely useful in all case types including murder, sexual assault, burglary, and possession of illegal substances. However, like all forensic disciplines, the interpretation and evaluation of the results requires careful scrutiny against all circumstances and information available. It is important to review evidence obtained by the prosecution and consider its accuracy and validity, as well as whether the evidence has been interpreted and evaluated correctly. This can identify areas of weakness or challenge, or suggest areas where further work is required in order to address issues within a case.

In part one, we will outline how Source Level Reporting, Single Source DNA and Mixed Results can be presented and what common areas should be considered or challenged to ensure these results are presented accurately.

Source Level Reporting: “Who might the DNA have come from?”

The first stage of any DNA based report is to look to answer the question “could the DNA have come from X?” This is achieved through a process of comparison of a crime scene profile with the DNA profile of the individual of interest, evaluating the probability of observing the same DNA profile if the DNA evidence had come from someone other than, and unrelated to that individual.

In terms of a review of DNA results on behalf of the defence, generally it is not worth disputing a full DNA match. However, as the number of DNA components detected decreases, the strength of the statistical match will likewise decrease. When we are presented with a match probability that is sufficiently reduced, we may wish to look into this further, particularly if there is a suspicion that a relative may have been involved.

The process becomes much more complicated when we receive DNA results from samples in which the DNA has come from more than one individual. Since the introduction of the more sensitive DNA-17 methodologies in routine UK casework in 2014, we have seen an increased number of mixed DNA results – in fact it is now very rare that we receive single source profiles unless we are evaluating a body fluid such as blood, semen or saliva.

Samples which typically contain small amounts of DNA, such as cellular or ‘touch’ samples, typically result in mixed DNA profiles. When evaluating who the DNA could have come from we are looking at whether or not an individual could be a possible contributor.

The software used for this analysis is termed probabilistic software and there are several applications available, with different labs using different software. This includes LiRa, STRmix, LikeLTD and Euroformix. All of these software models work in similar ways, to unravel mixed DNA results.

The software takes a complex mixed DNA result and breaks it down, building millions of conceptual DNA profiles and ranking them against a set of propositions as to whom may have contributed DNA to the sample. It finds the best combinations that fit the propositions put forward.

There are a number of factors that must be taken into account when evaluating results from which the DNA in the sample has come from more than one individual. Information such as whether we know an individual could have reasonably contributed DNA to the sample can be taken into account and will affect the final statistical evaluation. Likewise, ensuring that the correct propositions have been set for both the prosecution and defence side of the evaluation are vitally important.

The software itself is always thoroughly validated and typically has undergone accreditation, demonstrating that the providers have conducted all the tests required to ensure the statistical models used are fit for purpose. Therefore, it is unlikely there will be an error from the statistical calculations themselves. The issues which arise from these types of evaluations are around the considerations and assumptions made by the scientist and can involve the following factors:

Despite overall confidence in specialist software, along with the tendency for scientists to have their work thoroughly peer reviewed, it is always worth a second review of these types of results, especially if there is more information regarding the incident from the defence team.

Forensic Access boasts a world-class team of forensic scientists operating in bespoke facilities. All forensic work is carried out to the highest quality standards, which is especially important when working with DNA evidence.

To find out more about our biology services, Tel: 01235 605794 to speak with a member of our team or fill-in our online contact form.

The Rise of the Second Post Mortem Desktop Review

We regularly assist Solicitors with a variety of Forensic Pathology services including neuropathology, paediatric pathology, post mortems (PM) and second…

The field of firearms and ballistics is traditionally perceived as a man’s world. However, if there’s anyone to shake things… 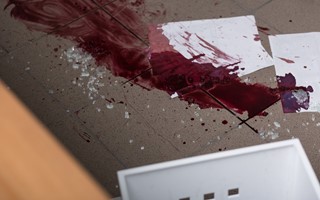 Blood Pattern Analysis: What BPA Can and Can’t Tell us About a Crime

Blood Pattern Analysis, simply put, involves the detailed examination of the shapes and sizes of individual bloodstains and the distribution…